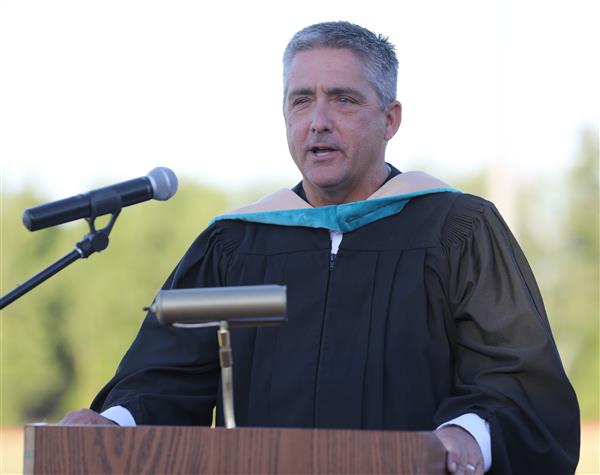 Don Bavis is proud of many things that have happened during his tenure as Superintendent of Schools for the Marion Central School District, but he isn’t comfortable taking credit for them.

“Those are ‘We’ accomplishments and not ‘I’ accomplishments,” said Bavis, who has served as superintendent since February 2016. “Every decision we have made has been tied to this District’s Core Belief that ‘students are at the heart of what we do.’”

Bavis recently decided to retire effective July 8. His resignation was accepted at the June 13 Board of Education meeting.

"Don has been a true asset to Marion and it is with mixed emotions that we accepted his resignation for purposes of retirement,” Board of Education President Michele Kuelling said. “We appreciate Don's time at Marion and he will be hard to replace. The Board wishes Don the best on whatever the next chapter will be for him after Marion."

Bavis’ next chapter won’t begin right away. He will fill the role of Interim Superintendent, beginning July 12, during the search for his successor. Dr. Vicky Ramos, Superintendent of Wayne-Finger Lakes BOCES will serve as Marion’s superintendent from July 9-11.

Bavis started his career in education as a school psychologist in the Palmyra-Macedon Central School District in 1990. He became Pal-Mac’s Coordinator of Special Education in 1999 and was named Principal of Macedon Elementary School in 2000.

He moved on to become Principal of Cobbles Elementary School in Penfield in 2006 before coming to Marion in 2016.

Bavis is grateful for the relationships that he has made with students, staff and the community and hopes to help make the transition to a new leader a smooth one.

The District has been innovative in adapting its learning model and instituting the “Whole Child Framework” in recent years, but one accomplishment stands out to Bavis.

Bavis said his time in Marion has been special.

“I just think that there is a tremendous amount of pride here,” Bavis said. “The people are very proud of their community and their school district. They truly do bleed Black and Orange.

“The support of the community made everything that we did possible. They were willing to take some chances on some of the things that they were not sure of and trusted the staff and administration to get the job done.”