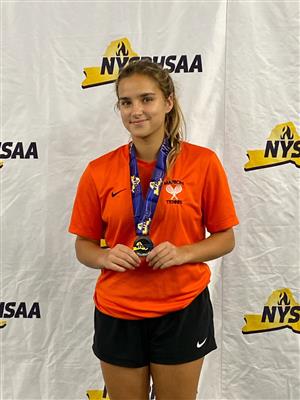 Larisa, who is a junior at Gananda's Ruben A. Cirillo High School, dropped a 4-6, 0-6 decision to Kady Tannenbaum of Commack in the championship match.

"She played great," Marion-Gananda coach Terry Krocke said. "It was a great match, a great ride and a great season. Larisa is a special talent and just a great girl all around."

"When they introduced her after the match today, they said that there are 10,000 girls who play tennis at the junior high, JV and varsity levels at 400 high schools in New York state," Krocke said. "And she's No. 2. That's pretty impressive."